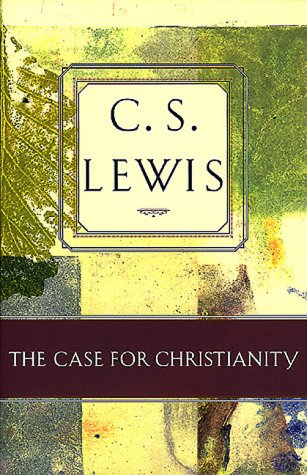 I ran across these paragraphs this evening and thought them too good not to share.

“One of the things that surprised me when I first read the New Testament seriously was that it was always talking about a Dark Power in the universe – a mighty evil spirit who was held to be the Power behind death and disease, and sin. The difference is that Christianity thinks this Dark Power was created by God, and was good when he was created, and went wrong. Christianity agrees with Dualism that this universe is at war. But it doesn’t think this is a war between independent powers. It thinks it’s a civil war, a rebellion, and that we are living in a part of the universe occupied by the rebel.

Enemy-occupied territory – that’s what this world is. Christianity is the story of how the rightful king has landed, you might say landed in disguise, and is calling us all to take part in a great campaign of sabotage. When you go to church you’re really listening in to the secret wireless from our friends: that’s why the enemy is so anxious to prevent us going. He does it by playing on our conceit and laziness and intellectual snobbery. I know someone will ask me, ‘Do you really mean, at this time of day, to re-introduce our old friend the devil – hoofs and horns and all?’ Well, what the time of day has to do with it I don’t know. And I’m not particular about the hoofs and horns. But in other respects my answer is, ‘Yes, I do.’ I don’t claim to know anything about his personal appearance. If anybody really wants to know him better I’d say to that person, ‘Don’t worry,. If you really want to, you will. Whether you’ll like it when you do is another question.'”

C. S. Lewis in The Case for Christianity.

Do you want to know the really good news about this?

Jesus tells us that we will win. The gates of Hell cannot withstand our efforts (Matthew 16:18).

It is sometimes easy to deliver an unhappy man from his present distress, but it is difficult to set him free from his past affliction . . .

Mark 6:20 is an interesting verse. The best manuscripts of this verse tell us that Herod was conflicted about what to do with John the Baptist. Herod’s wife, Herodias, wanted John dead, but Herod feared John and was at the same time intrigued and confused by John. (Note that the KJV and NKJV tell us […]

A famous quotation of FDR tells us that we have nothing to fear except fear itself. Does the Bible support this? Can I live without fear? If so, how?

This morning I was challenged by a paragraph that I read in The Unbelievable Gospel by Jonathan K. Dodson. “In Christ, we possess a power that can rip the muzzle off, chase away the shadows, and bolster winsome, authentic gospel witness. That power lifted Jesus out of the grave, but it sits latent in our […]

From the first, our rebellion against God has taken the form of questioning the wisdom of His statements and prohibitions. We see this today as popular atheists are lining up to ridicule God and the Bible. To do so requires that the atheist sets himself up as the authority as to what is right and […]