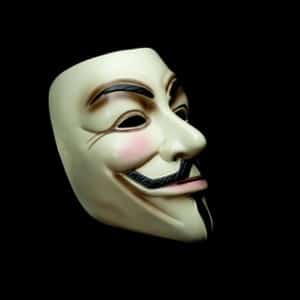 I’ve heard it said that character is doing the right thing when no-one is looking. A man of character does not need to defend his reputation; he does not need an image consultant. He is what he is and eventually the truth will come out. Jesus told his disciples,

“Therefore do not fear them, for there is nothing concealed that will not be revealed, or hidden that will not be known. What I tell you in the darkness, speak in the light; and what you hear whispered in you ear, proclaim upon the housetops.” (Matthew 10:26-27)

The follower of Christ who does the right thing and gets persecuted or defamed as a result, need not worry about what people think if he is right before God. God will defend his reputation. What is hidden will be revealed and the truth will triumph.

But we have no other option than to do the right thing. To do it, we must maintain an eternal perspective. Paul reminds the Galatians that there is nothing that happens that falls outside of God’s observation. He writes in Galatians 6:7, “Do not be deceived, God is not mocked; for whatever a man sows, this he will also reap.”

I am reminded of a verse in the old hymn, “Who is on the Lord’s Side?”:

Fierce may be the conflict,
Strong may be the foe,
But the King’s own army
None can overthrow.
Round His standard ranging
Victory is secure,
For His truth unchanging
Makes the triumph sure.

You and I are responsible for being obedient to what God has called us to do. We must do the right thing. God has taken on the responsibility for bringing about the triumph of the truth.

The outcome is sure if we stay the course.

1 Samuel 24:6 (ESV) 6 He said to his men, “The Lord forbid that I should do this thing to my lord, the Lord’s anointed, to put out my hand against him, seeing he is the Lord’s anointed.” As I read this, i thought of Romans 13:1-2 where Paul informs us that our leaders are […]

When you got to church you’re really listening in to the secret wireless from our friends: that’s why the enemy is so anxious to prevent us going. He does it by playing on our conceit and laziness and intellectual snobbery.

Politicians often accuse their opponents of lying. What does the effectiveness of this accusation show us about our need for truth?

While it is important to put up healthy boundaries, and limit your exposure to toxic people, it is unlikely that you can avoid them entirely. What then are we to do? Jesus gives us some advice in Luke 6:27–28.

Often, by both believers and non-believers, the Christian life is viewed as adherence to a list of do’s and don’ts. The Apostle Paul offers us a new way.

I am learning that success in any endeavor cannot be the gauge by which I assess myself. My value does not come from what I do or how successfully I do it. My value comes from the one who gave his life so that I might be in relationship with him.