≡ Menu
You are here: Home / Bible Reflection / The church building is a tool 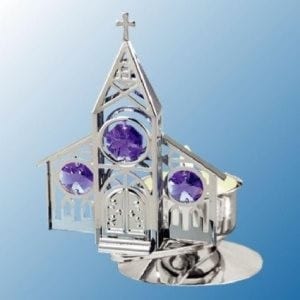 I received an email yesterday from a man who visited a new church only to be confronted by the pastor because the man’s wife brought a drink into the “sanctuary.” Lest you think that this is uncommon, it was not long ago that I attended a church where the pastor made a huge deal out of anything other than water being brought into the auditorium. Presumably, such rules are in place because of fear that coffee or other drinks might get spilled on the carpet and result in a stain.

I have two fundamental issues with this thinking. The first issue has to do with the whole idea of any part of the building being the “sanctuary.” When believers enter the meeting room to gather for worship, they are not entering the temple where they will encounter God. The believers are temples (1 Cor. 6:19) carrying the Holy Spirit with them into the meeting. To protect one part of the building as being more holy or special makes no sense to me.

Proverbs 14:4 says, “where there are no oxen, the manger is clean.” When the manger is fulfilling its role of feeding oxen, it becomes a little messy. To remain clean requires that the manger avoid it’s designed purpose.

In the same way, the “church” building is intended to facilitate worship. It should be used to bring people into a deeper relationship with God. It should be used to meet the needs of the people who gather there. When it is used in this way, it is likely that the carpet will pick up a few stains and the building might show some wear and tear.

There is nothing wrong with having beautiful tools. I have known some auto mechanics that have impressive tool chests with shiny chrome plated wrenches and other tools. While the chrome plating is nice to have, it is not the plating that makes the tool useful. The wrench is useful because it is made of forged steel and it is sized properly for the nut that requires turning.

Do I want coffee stains on the carpet at my church? Yes, I think I do. Because if we are going to get people together, if we are going to facilitate relationship, we are going to do things like drink coffee and munch on snacks. When we do this, accidents will happen. Drinks will get spilled and food will get dropped. It is inevitable.

Since I want the interaction with people (and the snacks are nice to have), I will live with a few stains in the carpet.

Christians are either engaged in preaching or will regularly hear preaching in their churches. While the following paragraphs are written with the intent of challenging preachers, those of us who listen to preaching can also be encouraged by them.

Wendell Berry’s essay entitled “Damage” inspired thoughts about how church leaders can without intention cause damage by falling into the errors of Pharisaism.

Life as a flawed human in a flawed world is often difficult. But, for the Christian, we have the assurance that God will see us through to the end. I don’t think it is possible to over emphasize what Paul tells us in Philippians 1:6.

This is the 20th post in the Sermon on the Mount Series. “Give peace a chance” “Coexist” You’ve probably seen bumper stickers with similar sentiments. The problem is that evil is a reality that must be dealt with. Some men (or women) will seek to dominate others through force or intimidation. Even a casual investigation into the […]

The Church of Jesus Christ should be the most gracious place on the planet but often it is not. If we are not consistently preaching the Gospel, if we are not reinforcing our need for a savior, if we are not intentional about living under grace, then we will become what the world thinks we are.

Nebuchadnezzar had been an eyewitness to several miracles, yet he remained proud and self-reliant. In this section of Daniel 4 we see that God reduced him from his throne to eating grass in the field like a wild animal. Nebuchadnezzar was taken from being arguably the most powerful man in the world to a homeless madman.