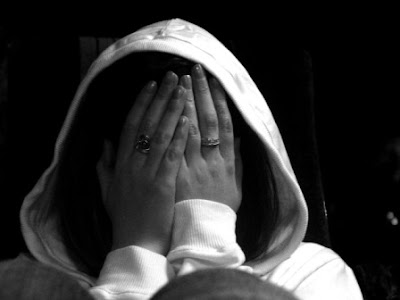 A recent ruling in Indiana held that sexually graphic pictures posted by school girls on Facebook are considered constitutionally protected speech. As a result, their school could not submit them to discipline for the photos.

The case was decided in court because the ACLU represented the girls to appeal the discipline that he school implemented in 2009. I assume that the parents of the two plaintiffs were in support of the ACLU bringing the case to court.

This morning I read Jeremiah 8:12, where God says through the prophet,

“Were they ashamed when they had committed abomination? No! They were not at all ashamed, Nor did they know how to blush.” The Israelites had lost their sense of shame when they committed indecencies.

Rather than teach the girls that the pictures posted were inappropriate and allowing the girls to face the consequences of a poor choice, seemingly the parents supported the poor choice by electing to go to court. Rather than blushing over their daughters’ indecent behavior, they endorsed it.

The point of this post is not to participate in hang-wringing and finger pointing. The church has done enough of that through the years with little good effect.

The fact that human life is sacred should play itself out in every aspect of our behavior, not just with regard to procreation and sexuality.

What these girls did was wrong and their parents are wrong for supporting them in that behavior. But before we get too exercised about what they have done, we, as the Church, had better make sure that our own house is in order.

I am reminded of a proverb that I first heard from Chuck Colson, “it is better to light a candle than to curse the darkness.” Jesus said, “Let your light so shine before men, that they may see your good works and glorify your Father in heaven.” (Matthew 5:16)

Honesty in your Inbox

The genealogy in Matthew one includes those involved in scandal and immorality as being in the line of the Messiah. What can we learn from this?

Joseph as an ordinary guy. Because he did the right thing, he was used by God to accomplish something extraordinary. We have the same opportunity be used by God.

In Acts 19:21, Paul expresses a desire to go to Rome as part of his missionary efforts. Paul did eventually get to Rome but it is unlikely that he envisioned that he would enter Rome as a prisoner of the state and remain there under house arrest. In the Epistles that Paul wrote while in […]

Those who approve of homosexual union think us narrow to reject their claims. Yet Jesus and Bob Dylan tell us that the truth is narrow. We can choose to acquiesce to the culture or stand with Jesus. I know who wins in the end and I choose to stand with him.