Home Bible Reflection Toward the conquest of fear 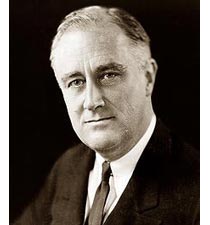 In his first inaugural address, Franklin D. Roosevelt used the oft quoted phrase, “the only thing we have to fear is fear itself.” The first time I heard this quotation, I thought it rather silly since there are many things to fear. But as I’ve gotten older (I hesitate to say matured), I see the wisdom in this.

In the New Testament, the verb phobeo (fear) is used as an imperative 62 times (list).  If I counted correctly, 59 of those instances the command is used in the negative; we are commanded to not fear. In the 3 remaining uses of phobeo we are commanded to fear God.

Why does God tells us so many time to not fear? It is because we are prone to experiencing fear. Fear is a powerful, if short term, motivator. Since it is so powerful and since we have an enemy, it should not surprise us that The Enemy uses fear as one of the primary weapons in his arsenal. That is why Peter tells us to “Be of sober spirit, be on the alert. Your adversary, the devil, prowls around like a roaring lion, seeking someone to devour.” (1 Peter 5:8)

In this election year we see fear used as a campaign tool. The ads tell you about all the bad things that will happen to you if you elect the other guy. Political commentators make a lucrative income by playing to these fears. We as believers must not give in to them. We can’t panic. God has not given up control.

In 1 John 5:4 we are told that our faith is able to conquer the world. That faith is rooted in an understanding of the nature of God. We can be confident in God’s ability to remain in control and complete his plan for the world. His love and justice will not be thwarted by any scheme of the enemy.

If that is the case, then why do we fear?

I am not a trained counselor so you may think my answer to this question is simplistic. If so, I ask your pardon. Yet I have a sense that we fear because we do not understand nor appropriate God’s love and power. The Apostle Paul proclaimed this great love for us when he penned these words:

“But God, being rich in mercy, because of His great love with which He loved us, even when we were dead in our transgressions, made us alive together with Christ (by grace you have been saved), and raised us up with Him, and seated us with Him in the heavenly places in Christ Jesus, so that in the ages to come He might show the surpassing riches of His grace in kindness toward us in Christ Jesus. For by grace you have been saved through faith; and that not of yourselves, it is the gift of God; not as a result of works, so that no one may boast.” (Ephesians 2:4–9, NASB95)

God made us alive, raised us up and seated us with Jesus Christ. By his resurrection, Jesus displayed his destruction of the most powerful source of fear that the Enemy has, that is death.

So I must remind myself, if Jesus has conquered death, what could be worse than that? If God is master over death, can he not get me through whatever trial that comes my way? Yes he can. I simply need to live as though this is true despite what my fears tell me.

Malcolm Muggeridge is attributed as saying, “new news is old news happening to new people.” Jeremiah warns us of repeating the errors of ancient Israel.

When reading Matthew 1, it is tempting to skip over the list of names in the genealogy. A lesson was learned as I recently read this chapter.

This post is a review of the book, From God to Us by Geisler and Nix. A work that should be on the shelves of any serious Bible student.

Certainly we should try to reach as many people as we can with the good news of Jesus Christ, but all the while, we should also remind ourselves that some of the people in our crowd will walk away and we should not be devastated when they do. Bigger isn’t always better.

The difference between science and faith is not one of method. The difference is what data are allowed to be considered. You may disagree with the presuppositions, but Christian thinkers follow the same methods of investigation and analysis that scientists follow.