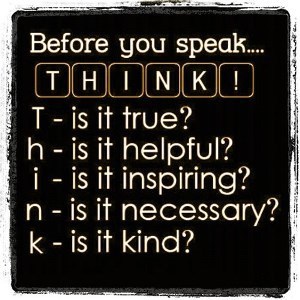 I tend to hang with people who subscribe to reformed theology, which emphasizes the sovereignty of God over his creation. This should not be too surprising given that I attend a PCA church. But one of the struggles that I have with such people is that sometimes truth is given in a way that is hardly helpful.

A friend of ours was in a Bible study with some other ladies where she expressed concern for her brother who is not a believer in Jesus. One of the ladies (I can only assume in an effort to be helpful) informed our friend that perhaps her brother is not one of the elect and will never believe in Jesus.

This is like saying to me, “tomorrow you could be diagnosed with cancer.” While this is a true statement, it is certainly possible that I might receive such a diagnosis, it would not be a helpful one. What good would result from such a declaration?

In the same way, it is certainly possible that her brother will never respond to the claims of the Gospel, but this statement was not helpful and quite frankly was an affront to what we see in Jesus.

Jesus declared that he represented the Father and that to see Jesus was the same as seeing God (John 14:9). So the way that Jesus interacts with believers and unbelievers gives an indication of how they are viewed by God the Father.

At the Last Supper, Jesus announced that one of the disciples would betray Jesus (Matt. 26:21). The disciples did not automatically know who Jesus expected to do the betrayal. Notice the next verse:

We all know that it was Judas was the betrayer, but when Jesus made the announcement, the disciples did not automatically think of Judas. Each disciple suspected himself and questioned Jesus, “is it I?”

From this I concluded that Jesus did not treat Judas any differently than he did the rest of the disciples. Jesus offered Judas the same evidence and opportunity to exercise faith that the other disciples had. Yet, Jesus knew when he chose Judas as a disciple that Judas would be the betrayer.

What is my point in this? The understanding that God knows who will respond to him and who will not does not give us permission to write anyone off as being beyond the power of the Gospel. There are too many examples throughout history of people thought beyond redemption who Jesus touched and changed.

A Biblical example of this is the story of the Gerasene Demoniac in Mark chapter 5. If any man seemed beyond the power of the Gospel, it would have been that man, yet we know that Jesus cast out the demons and that man became a missionary to the residents of the Decapolis.

While it is true that not all will respond to the Gospel, and while it is also true that God knows who will and who will not respond, we do not have such knowledge and need to interact with everyone as if they will respond. In other words, we must follow the example of Jesus and relate to everyone as if they will come to faith while knowing that not all will.

We cannot know the outcome for any person and to act as if we do is an affront to the Jesus that we claim to worship. We are called to make disciples and we cannot know ahead of time who will and who will not become one.

So while telling our friend that her brother may not be one who will respond might indeed be true, it was certainly not helpful.

A link to an excellent post by Mike Breen on church leadership which is worth the time to read.

As a result of the decision to leave my previous church, I determined that there are 6 things that are critical for the health of the church. They can be found in the original article which was published at Till He Comes, the blog of Jeremy Myers.

The problem is that it is much easier to assess quantity and more difficult to assess quality. But the difficulty does not relieve us of the responsibility to have this priority.

Do you suppose that if every church business meeting and every leadership team meeting began with such an acknowledgement of dependence upon God, our church lives might be more dynamic and satisfying?