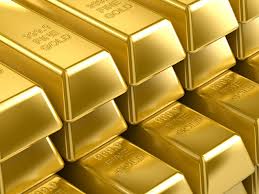 This morning I read the story of Achan whose sin caused the defeat of Israel when they went up against Ai. This story can be found in Joshua 7:16-26.

As a 21st Century American, I bristle when I read this story. I want to tell God that it was such a little sin. It seems natural that Achan should desire the goods that he confiscated. He had a momentary lapse of judgment and for that he and his entire family got stoned?

The danger of grace is that we can take Grace for granted and lose perspective on how serious God is about sin. I once heard a definition of sin as man playing God in his own life. By this definition, anything that I do that is contrary to what God expects is a sin.

I observe in myself and I believe I observe in others that humans have an almost infinite capacity to rationalize sin and make it sound legitimate. In this we follow our first parents in their response to the very first sin. Adam blamed Eve (and God) and Eve blamed the serpent.

When confronted with sin, like Adam, I want to find a way to say that it is not my fault. But it is my fault, the fact is that I choose to disobey.

The fix for this problem is not a legalistic system of do’s and don’ts. Legalism exacerbates the problem by focusing attention on the symptoms rather than the disease. The disease is a heart that is unwilling to yield to God. Legalism does nothing to soften the damaged heart and bring it in submission to God.

The sin of Achan was not that he desired the loot. The sin was that he did not desire God more than the loot. As C. S. Lewis points out, the problem was not that Achan’s desires were too strong, they were weak and focused on the wrong thing.

We presume upon Grace when we rationalize sin. The fact that we don’t end up under a heap of stones is not because we don’t deserve that heap. I share in the sin of Achan and that is why this story makes me feel uncomfortable.

A pastor friend recently referred to the sum of all the activities at his church as “the wheel.” Hearing him say this, a vision of a large hamster wheel came to mind. There often is a sense in a church body that things need to happen and that everyone needs to pitch in to keep […]

Someone once jokingly said of TV news, “if it bleeds, it leads.” In other words, the most shocking story is the one that gets the most attention. We, as fallen human beings, seem to gravitate toward shocking.

One of the lessons to be learned from reading the book of Job is that we should be very careful when counseling someone who is going through a difficulty. Job’s friends felt compelled to give advice to Job which ended up being not very helpful.

My point is that Jesus, who knew the eventual outcome, did not treat Judas any differently than the rest of the disciples. His treatment of Judas was such that no-one suspected that there was a traitor in their midst.

In a previous post, I outlined the problem of division in the church. Today I seek to discuss the reasons why it takes place. I can think of four reasons why church leaders cause division over non-essentials: pride, misunderstanding, insecurity and idolatry.