≡ Menu
You are here: Home / Bible Reflection / The People Began to Scatter 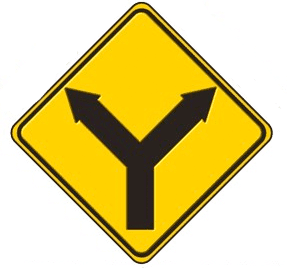 I see in humans (principally in myself), an amazing ability to find good reasons to do the wrong thing. We (perhaps I am alone in this, but I think not) can muster arguments to do what we want even if it is not what we know is right.

An illustration of this can be found in 1 Samuel 13. Saul, a newly minted King of Israel, finds himself in a situation where the people are beginning to scatter because they are facing an enormous Philistine army. They cannot fight until proper sacrifice has been made and Samuel, who is to perform the sacrifice, is nowhere to be found. From Saul’s perspective, things are starting to unravel. As a result, Saul takes things into his own hands and usurps the function of the priestly office and performs the sacrifice.

It would be easy to look down on Saul at this point. Yet, when I am honest, I see the same tendency in myself to get impatient with God and to take things into my own hands. I can be just as manipulative and conniving as Saul. Saul had arguments that would stand up in court of public opinion, but not in the court of Almighty God.

It appears that by performing the sacrifice, Saul put more confidence in the ritual than he did in the God the ritual was to worship. God is not obligated to bless, and He certainly is not obligated to bless us because we perform rituals. Later on in his life, Saul had to be reminded by Samuel that “to obey is better than sacrifice.” It is all about relationship and not about ritual.

The lesson I take away from this is that God is in charge of timing; my job is to be responsive to when, where and how he leads.

As Clowney points out, when this happens it is a sign of spiritual decay. It is a sign that the leaders of those churches lost sight of their true purpose.

Prayer is an integral part of the Christian life. One cannot be a Christian without prayer. But even for those who have been Christians for a long time, there is mystery in prayer. One form of mystery is why sometimes the answer to prayer doesn’t come in a satisfactory time frame. In his book, Faith […]

The Beatitude tells us that the pure in heart will see God. What does this purity look like and how will it assist vision of God? When will this vision be manifested?

The civil government appears to be impelled by something like infatuation, and is introducing, or giving countenance to, measures that are darkly ominous to both civil and religious liberty, as if hastening onward to a crisis which all may shudder to contemplate.

Jesus produces a series of contrasts that he uses to show us that external obedience is not enough to please God, he also wants our hearts to be right.

Joseph as an ordinary guy. Because he did the right thing, he was used by God to accomplish something extraordinary. We have the same opportunity be used by God.