≡ Menu
You are here: Home / Bible Reflection / You shall not be in dread of them

Moses said to the Israelites:

“You shall not be in dread of them, for the Lord your God is in your midst, a great and awesome God.” (Deuteronomy 7:21, ESV) 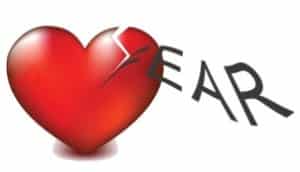 For example, too much of the political speech within Christian circles seems driven by fear that if a certain party comes to power or a certain person gets elected, that life as we know it will end. Which party is vilified is dependent upon the philosophical underpinnings of that particular group within Christendom. But at times it seems that fear bordering on panic sets in. It is almost like we think that God is control of the world on every day other than the first Tuesday in November (election day in the United States).

We can give in to fear about the economic stability of our country. We can worry about healthcare and retirement and . . .” The list of things that can cause fear is seemingly inexhaustible. As a result of the fall, the world is indeed a dangerous place.

We have to operate with the knowledge that God remains in control at all times and he is good and he is fair.

That being said, there is one difficulty I should acknowledge. Sometimes God allows people to suffer and this scares me. I suppose that only a madman would look forward to suffering with anything other than dread. But I also have to suppose that if God calls me to suffer, he will give me the grace to suffer well. Yet just thinking about suffering can be a source of fear. Our culture is becoming less tolerant of anyone who claims allegiance to Jesus Christ. Given the current trajectory of sentiment against Christianity, it is not hard to imagine that real persecution might take place.

Like the Israelites with the Canaanites, I can be in dread of what my circumstances will bring to me. The dread can come despite the testimony of many that God is faithful and will not cease to uphold those who rely on him.

I should be comforted by Paul’s words at the end of Romans 8:

“For I am sure that neither death nor life, nor angels nor rulers, nor things present nor things to come, nor powers, nor height nor depth, nor anything else in all creation, will be able to separate us from the love of God in Christ Jesus our Lord.” (Romans 8:38–39, ESV)

Let us not forget that “you shall not be in dread of them” is a command. The command demands a choice to obey or disobey. Fear may come, but I have to choose to give in to it or to trust God.

But sometimes I choose badly and respond in fear. This always goes wrong and the only proper response is to repent and choose to trust.

A visit to just about any of the churches in Rome will allow the visitor to see brilliant works of art. Much time and money has been invested in statuary, paintings, mosaics, and marble decor among other artistic delights. There are representations of Biblical scenes and people; there are also statues of former church leaders […]

In studying for a class on the Westminster Confession of Faith, it was recommended to me that I get a copy of Chad Van Dixhoorn’s commentary on the confession, entitled Confessing the Faith. I began by reading the commentary on Chapter 14 of the confession (since this is the beginning of the session that we will […]

Growing up, when I read in Genesis Adam and Eve were expelled from the Garden, I always viewed this as a punitive action. I thought that our first parents were being punished for their sin. This morning, as I read this passage, I noticed that the goal in expelling them from the Garden was to […]

Too often I have experienced situations, even in good churches, where people lose sight of the fact that the person in the next pew is a fellow citizen, with the same access to God.

Our pastor is preaching through the Gospel of Luke on Sunday Mornings. During the sermon yesterday a thought struck me. Luke was a physician which is why he sometimes gives very detailed descriptions of the infirmities of those who came to Jesus for healing. The “aha” moment for me yesterday was when I realized that […]

The result of legalism is that those who are in the system cannot become what God intends them to be. Rather than a deepening understanding of the Gospel of Jesus Christ, legalists are satisfied with rule keeping.