Home Church Leadership Discipleship What did God’s providence do for man whom He created? 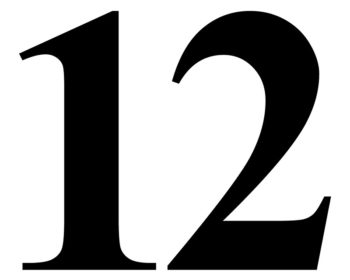 Question 12 of the Westminster Shorter Catechism asks, “What did God’s providence specifically do for man whom He created?”

The answer is, “After the creation God made a covenant with man to give him life, if he perfectly obeyed; God told him not to eat from the tree of knowledge of good and evil or he would die.”

I actually prefer the older form of the question which is, “What special act of providence did God exercise toward man in the state wherein he was created?”

“The lie by which the Serpent deceived Eve was enshrined in the double suggestion that 1) [God] was in fact restrictive, self-absorbed, and selfish since he would not let them eat from any of the trees, and 2) his promise of death if there were disobedient was simply false.”

In short, Adam and Eve did not act as if they believed God was completely loving. They acted on the belief the God was holding something back.

I find that we suffer the lingering effects of that wrong belief. We either try to earn God’s love through conformity to a set of rules, or we shake our fist at the heavens and make our case for self-determination and freedom from a tyrannical god.

Both responses stem from the same root. A lack of belief in the love and goodness of God. Both responses are a refusal to live life with the understanding that we cannot earn God’s love and it is only his Grace (which flows from his love) which puts us in good standing with God. We cannot earn it.

I love the story of the Loving Father in Luke 15 (usually called the story of the Prodigal Son). The prodigal decides to return to the father and work as a slave to get back in his good grace. Upon his return, before the son could even propose the terms of the revised relationship, the Father embraces the son. The Father’s love was not conditioned upon anything that the son had to say. The embrace said everything about the relationship.

Yesterday a friend shared a one line summary of the Bible that he came across. It goes something like this, “God made it, we broke it and Jesus came to fix it.”

The problem is that it is much easier to assess quantity and more difficult to assess quality. But the difficulty does not relieve us of the responsibility to have this priority.

If we are to accomplish all that God has for us, we need to remember that it is a team effort and we stand or fall based on how well we nurture every member.

This morning, I have been reading the opening chapters of With Christ in the School of Prayer, by Andrew Murray. In it, I found this prayer and thought I would reprint it for the benefit of my readers.

Put two humans together and there is bound to be conflict. As a result of the Fall, conflict is in our DNA. If you put a whole bunch of humans together in a local church the potential for conflict greatly increases. If the conflict escalates, the church can experience an internal battle that should not […]

For my generation, I would also offer the hope that it is never too late to return and see the reality that you’ve been ignoring. I must constantly remind myself that there is a reality beyond the thing that consumes me at the moment. I must, as the psalmist reminds me, “prepare my heart” to be conscious of the eternal. I must not let good things become ultimate things in my life.

The danger is that we can allow fear to cause us to lose sight of the fact that God remains in control and is moving history toward his own end, following his own time-line. Like Peter foundering in the waves, when we take our eyes off of God, panic can set in.