≡ Menu
You are here: Home / Christianity and Culture / The sin of silence and what to do about it 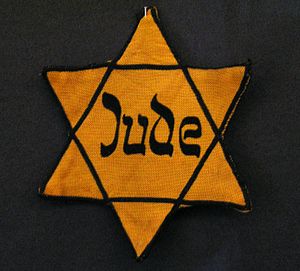 Recently, a friend handed me a CD on which were written the words “The in of silence.” When he gave it to me, he informed me that it was a sermon and that I would be challenged by it. Perhaps he identified the speaker on the CD when he gave it to me. If so, I wasn’t listening well and did not catch the name. I have no idea about the identity of the speaker.

Some of the things that the speaker said made me think that the audience was made up of pastors. I assume that the speech was delivered at a pastor’s conference or some such event.

I was challenged by the speaker; it was a very powerful message. In it, the speaker built a case that unless the preachers in America start speaking out against the moral decline in our culture, they will have to face the regret of having missed an opportunity. He drew from the experience of German pastors who failed to speak out during the Nazi’s rise to power in the 1930’s.

When the systematic persecution of the Jews in Nazi Germany started happening, most of the German church remained silent and turned a blind eye to the atrocities; they committed the sin of silence.

The call to action in the message was that American pastors need to clearly present what Scripture has to say about current cultural norms without fear of what might happen. Issues such as abortion, militant homosexuality, redefinition of marriage, devaluation of marriage and the breakdown of the family should be strongly addressed. Yes! I agree with this, we need to be strong in our proclamation of what Scripture says on these topics.

Here is my concern. Too often, when Pastors have spoken out on these issues, the tone is one of unloving judgment. The message is lost or rendered ineffective behind the anger and condemnation.

I want to remind myself and my readers that we need to use Jesus as our example. In the Gospels, the only harsh words recorded as coming from Jesus were reserved for the religious leaders and those who sought material gain from religious observance. We do not see Jesus spewing words of condemnation on the people who did not know better. To them he simply proclaimed the truth while healing their diseases and meeting their physical needs.

I recently did a study of the letter to the church in Ephesus as recorded in Revelation 2:1-7. This church was doctrinally correct and did indeed speak out against the pagan culture around it. The Ephesians stood strong against those who would lead people into moral chaos. Yet, Jesus had one condemnation against that church. They had left their first love. They has allowed their love of God to decline.

While I agree that the church in America needs to step up and boldly proclaim what Scripture has to say about the moral issues of our day, we need to so so after we return to our first love.

It is possible to be morally and doctrinally correct and be spiritually dead. The world around us will not accept our morality or our doctrine until it accepts our Jesus. We need to return to him with our whole being if we really want to impact our culture. We cannot expect the world to believe our message about Jesus if we don’t live as he did. We cannot impact our culture unless we love the people as Jesus did.

We must return to our first love.

Security is Elusive   It is in the best interest of politicians and merchants to maintain the illusion of security. They tell us that if we elect the right person or party into office, if we invest properly, if we follow the prescribed diet, if, if, if . . . then we will experience security. […]

Politicians often accuse their opponents of lying. What does the effectiveness of this accusation show us about our need for truth?

Too often, we fight the culture war by digging a trench and lobbing arguments at the enemy trench. Better we meet between the trenches.

This is a guest post by Adam Durnham. If you are curious about publishing a guest post, please review the guest post guidelines. Then contact me if you can work within those guidelines and would like to submit a post. As Christians, we are called to fish for men. This means going out of our […]

I read this morning in Mark 9:40, that whoever is not against us is for us. These are the very words of Jesus Christ but often forgotten by those that bear his name. We expend energy in fighting other believers and ignoring the real enemy. Too often doctrinal litmus tests are developed to see who […]