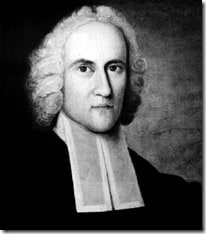 If you want to form some New Year’s Resolutions and can’t think of any, perhaps the following list composed by Jonathan Edwards might be of help.

“Being sensible that I am unable to do any thing with out God’s help, I do humbly entreat him, by his grace, to enable me to keep these Resolutions, so far as they are agreeable to his will, for Christ’s sake.

1 Samuel 15:35 (ESV) 35 And Samuel did not see Saul again until the day of his death, but Samuel grieved over Saul. And the Lord regretted that he had made Saul king over Israel. Saul had abandoned God and as a result, God abandons Saul. Someone once said that we have two options which […]

“We don’t need apologetics, we just need to ‘experience’ Jesus!” Unfortunately, this is something I hear from fellow believers quite often and it never fails to set off the warning sirens in my head. Read on to find out why.

I received an email containing the quote from A. W. Tozer and thought it worth sharing: Sound Bible exposition is an imperative must in the Church of the Living God. Without it no church can be a New Testament church in any strict meaning of that term. But exposition may be carried on in such […]

1 Samuel 24:6 (ESV) 6 He said to his men, “The Lord forbid that I should do this thing to my lord, the Lord’s anointed, to put out my hand against him, seeing he is the Lord’s anointed.” As I read this, i thought of Romans 13:1-2 where Paul informs us that our leaders are […]

In the debate over homosexual marriage, we must maintain perspective. We can press for external conformity or be used by God to bring internal change.