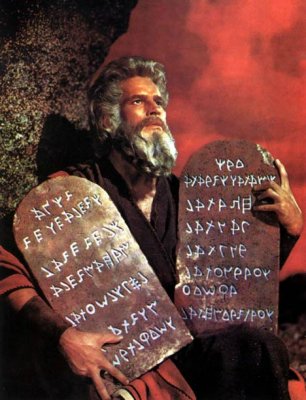 I want you to picture yourself as a leader of an entire nation for one moment. Now I want you to think about how you became that leader. Did you go through a lot of school, clawing your way through the political ranks to finally be elected into office after a hard campaign? Maybe you think to yourself that the position was given to you, after you successfully led your army to take over the world?

I have read a lot of self help articles about being a good leader. But most of them have it all wrong. Why can I say that? It is because most people have a wrong view of what it takes to become a leader. When someone is being interviewed in the business world they are typically being examined to find out how dedicated they are and how well they can perform. That is what people think qualifies you to be a leader.

Lets look at the church too. If you have ever been on a pastor search committee then you know that the guy with years of schooling, and plenty of experience clawing his way to become a pastor, is the one that often gets called first. He will normally come in and tell you all about how wonderful he is, while trying to act humble about it.

He may speak with such a dynamic voice and draw crowds of people. Then, after the church asks him to become their pastor, he starts making the changes that he wants to make. He commands authority and because of that authority no one dares to question him.

This may sound like a great leader. He has all of the qualities men look for. They flock to him. Those who oppose him are cast away by his followers. He really is a take charge kind of guy.

But is he the leader God would have chosen? I don’t want to shock you too much, but normally the answer is no. Because God likes to use the weak and the outcast to bring the mighty to shame.

Lets do that exercise again. But this time I want you to picture yourself as Moses. You are standing on the mountain looking over the promised land. God stands beside you and says, “You led them here.” You suddenly look back on your life to see the road that you took to become the leader of a nation.

Do you feel proud? Do you see all of the wonderful things you did and said? Do you see how strong of a leader you are?

The truth is that Moses never wanted to lead in the first place. He told God no several times. Then he finally surrendered and went to the slaves, who rejected him. Everyday he questioned his ability. In fact, Aaron had to speak for him because he was too afraid to speak for himself!

Even as God showered miracles down in front of the people they complained about him. He had no respect or authority at all! But at the end of the tenth plague they followed him out of Egypt as a free people. He still had problems though.

They continued to complain. One time the people even said, “Who made you a ruler over us?” Moses answered them by saying he would rather follow them than lead himself! Moses did not command authority. The people did not want to follow him at all. He was the last pick for the leader of their nation!

But none of that mattered. Because God had sent him. God had chosen a man so blunt and rough around the edges that he literally forced people to drink molten gold! He smashed the first hand written tablets of stone that God had given, and he even asked God to destroy the people after becoming so angry with them.

He certainly would not be the first pick to pastor most churches! Now, I know all of this is something you have probably heard before. But the way to become a leader chosen by God is not by becoming the most qualified. It really isn’t even by being willing (Moses certainly wasn’t). God has His own way of choosing leaders and putting them in place.

Here are some keys that I have seen in how God places people in leadership. The first key is found in Ecclesiastes 4:13-14. It says, “Better is a poor and a wise child than an old and foolish king, who will no more be admonished. For out of prison he cometh to reign; whereas also he that is born in his kingdom becometh poor.”

There is something God knows about those who follow others. They never follow because of authority. A king may make the law, but unless the military enforces it people will not obey. This is because people follow power. Moses had all of the authority in the world to lead, because God gave it to him. But it was only because God showed His power through Moses that the people eventually followed.

Power comes in many forms. Sometimes it is the power to inflict pain. People will follow orders because of the fear of your power. But this kind of power only lasts as long as it takes for someone else to challenge you with power of their own. The greatest power you can have is the power to make someone live a life more abundantly.

That is the second key. David had the power to set Israel free from the fear of Goliath. When he faced the giant that no one else would dare face, people took notice of him. They say that the one who speaks loudest will be heard. Remember that actions speak louder than words! Use the power given to you through the word of God to set people free. They will follow you after you do.

The third key to becoming someone that people will follow is knowing the path to travel. If you know how to help someone have a better life they will want to know your secret. If you have peace in your own life then people will want you to teach them how they can have it too. This is leading by example.

You may have noticed I did not list confidence, authority, or even ability in these keys. That is because people do not follow these things (at least not for long). People follow leaders that God puts in place because God works on their character.

He molds them into people that exhibit what others are looking for. They don’t need a title. They lead without it in most cases. But even without a title, the king that God has rejected fears them. Because the people would rather remove the king from his throne and crown the slave who heals their wounds, faces their giants with them, and knows the way to bring them to the desires of their hearts.

So if you are looking for a leader for your church, don’t focus on the degree, title, or elegant speech. Look for the one who leads by healing the hurting, facing the difficulties in your church that no one else would, and by practicing what they preach. As the leader of an online church myself, I hope this is what people see in me.

Jason Evans is a non-denominational preacher and teacher of the word of God. He runs On The Line Ministries which is an online church. He believes in a balanced view of scripture, with one scripture being interpreted by other scriptures. Because of this, he is not afraid to challenge his doctrine.

In an effort toward continuous improvement, I am constantly tinkering with the structure of Attempts at Honesty. Specifically, I want to make it easier for people to comment on posts. Over the years I have tried a variety of comment plugins. Disqus, Livefyre and Jetpack were some of the plugins that I have tried but […]

We have all said things which cause us to wish for a rewind button. My hope in sharing these questions is that by applying them consistently we might increase the time between statements that we later regret.

Can we admit the fact that we like being the one who knows the answer? Can we admit that sometimes we respond with our primary motivation to be admired for our knowledge? After we repent of our pride, we can then seek to be used by God to assist others in drawing into deeper relationship with Jesus.

If you are at all interested in learning to present the claims of Christ to others, this is a book that would be worth reading. Wallace’s writing style is engaging and he presents concepts clearly. I also like that whenever he uses a technical term, he includes a side bar explaining the term.

Parents and church leaders, the best thing we can do for the next generation is to renounce our selfishness and come to meet Jesus at the Cross in humility and submission. We need to confess where we have compromised and seek to recover the ground that was lost. We want to hear the words of Matthew 25:21, “well done good and faithful slave.” We need to live lives that point to the reality of the Gospel.